The Bocop project aims to develop an open-source toolbox for solving optimal control problems, with collaborations with industrial and academic partners.

Bocop is developed since 2010 in the framework of the Inria-Saclay initiative for an open source optimal control toolbox, and is supported by the team Commands.

Since 2014 a second package, called BocopHJB, using a Dynamic Programing approach is developed.

Bocop is released under the Eclipse Public License (EPL).

View of the main interface (Qt) 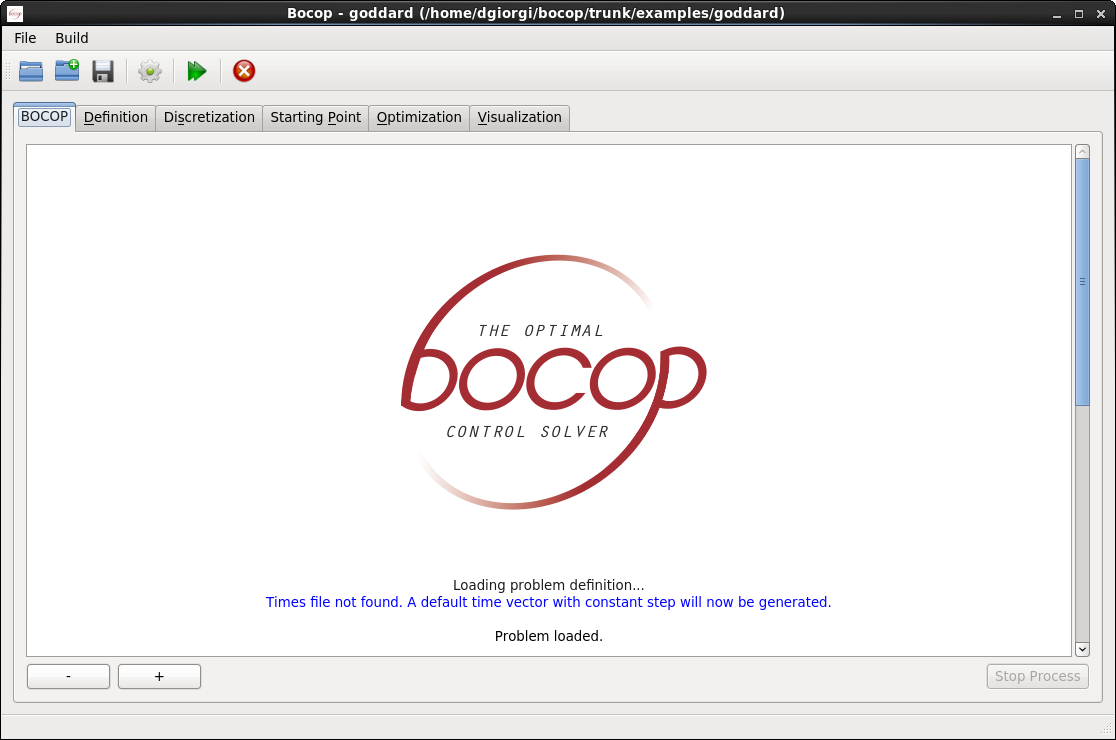 The second package BocopHJB implements a global optimization method. Similarly to the Dynamic Programming approach, the optimal control problem is solved in two steps. First we solve the Hamilton-Jacobi-Bellman equation satisfied by the value function of the problem. Then we simulate the optimal trajectory from any chosen initial condition. The computational effort is essentially taken by the first step, whose result, the value function, can be stored for subsequent trajectory simulations.